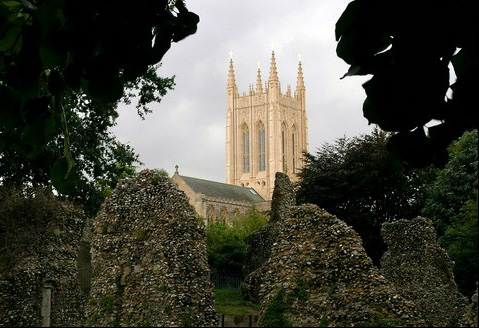 This weekend really has sped past.  The weather has been rather dicey.  It started off with a gorgeous blue sky and sun, but in no time at all the grey skies returned and the rain set in.  I had an early start today.  I got up at 7am to practise the hymns before the church service.  I received all but one of the five hymns late yesterday afternoon.  I then needed to choose a hymn that I wanted to play as the ‘Introit’ hymn at the beginning of the service.  The usual protocol for the introit hymn is that the congregation will remain seated while they sing just the first verse of the hymn.  I had never come across this sort of thing until I started going to this Methodist church here in England.  It is rather funny, but for various reasons I had not been to the Methodist church since I left home.  In Wellington I went to the Presbyterian church.  In Bedford I went to an Anglican church.  Then in Derby I went to both a Catholic church and Anglican church, that is, until now.  So it feels like I have gone full circle and finally come home again!

My husband was sitting on the couch reading his book ‘Pillars of the Earth’ while I warmed my fingers up on the piano and practising all the hymns.  I know I should have done my practice last night instead, but I just simply did not have the energy to do it.  I find that mornings are generally best for me anyway, and I feel much more energetic then.  The service started at 10.30am.  We arrived at 9.50am, as I wanted to get in early to find out what was the last remaining hymn for today so that I could get a quick practise in.  Someone arrived around 10am, and then I managed to get things sorted.  The funny thing was that my fingers almost hurt when I played the keys.  My hands were bitterly cold, so that I ended up clapping my hands, hitting my hands, and rubbing my hands to warm them up.  Nothing worked, so I got took advantage of Giuseppe’s warm hands and he warmed up my fingers.  In the end everything seemed to go okay.

The Minister is on sabattical until August, so during this time they have had different Ministers and lay preachers taking turns to take the sermon.  The hymns chosen for today were very well known ones, and particular favourites of mine and my Mother too.  As the Introit hymn I chose ‘To God be the Glory’.  The other hymns included ‘Alleluia, Sing to Jesus’; ‘Praise my soul’; and ‘Thine be the glory, conquering son’.  Today’s sermon discussed the triumph of Jesus.  There was mention of a donkey being the symbol of peace.  That reminded me of my first time riding a donkey, which was only a few years ago.  At the time I was with my Mother on a cruise around the islands of Greece.  We were going up a very steep cliff in Santorini, and I was scared for my life!  You see I am terrified of heights, a phobia that can literally paralyse me.  I’ve had rather too many bad experiences with heights, that many of my friends can attest to.  The sermon continued to discuss the temptation to be hypocritical. That is, how we may say one thing, but in reality actually do something else.  The sermon concluded that if we repent and ask God for forgiveness then will be ready.  He said that “.. with God on our side, we can achieve almost anything”.   That is very inspiring isn’t it.

One thought on “Alice returns to church”