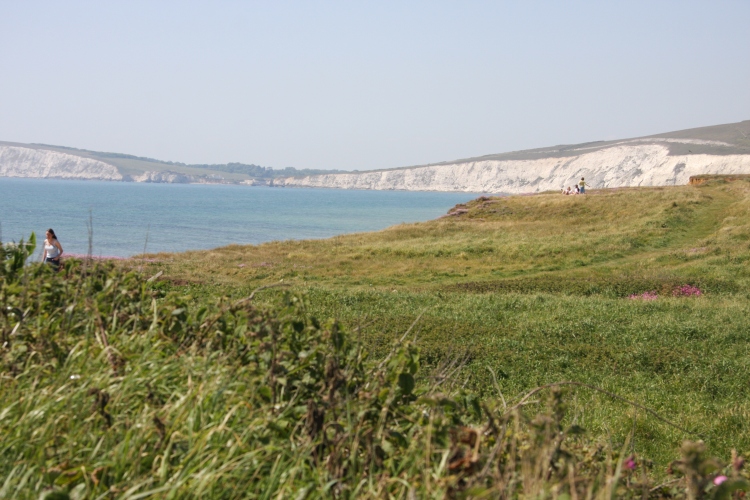 It is only spring in the UK yet the weather is already very hot and sunny.  The Isle of Wight has one of the warmest climates within the UK.  So during a recent visit we took the opportunity to enjoy the beach.  There wasn’t any surf, the waves were probably smaller than what you get in the average lake, but that made it very popular swimming for the children.

The beach above is Compton Bay and is quite popular with windsurfers. 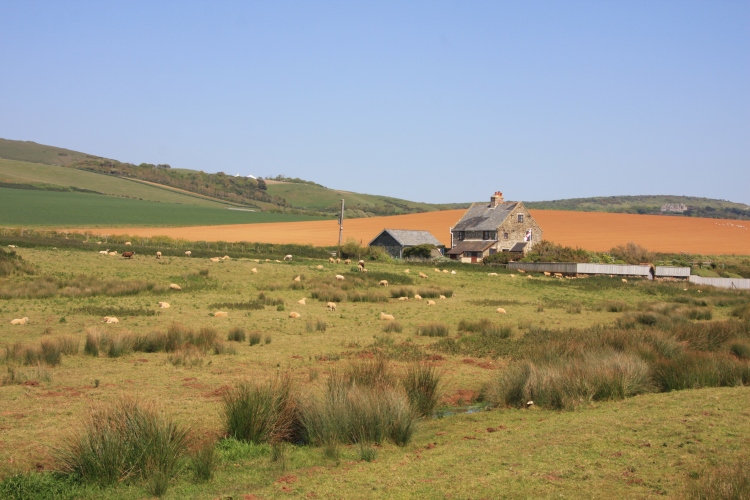 The lovely thing about Compton Bay is that not only do you get the pleasure of the sea to enjoy, but there is beautiful countryside too. 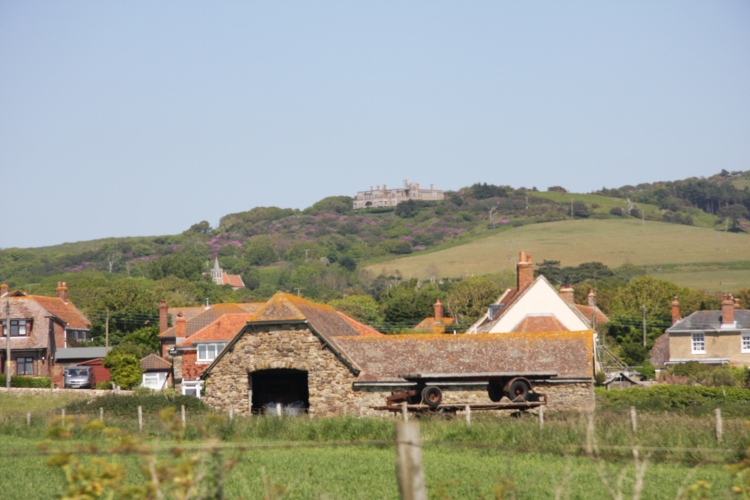 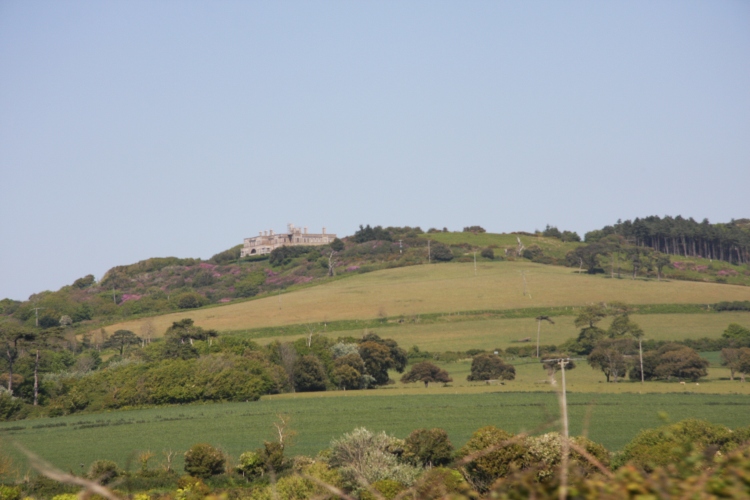 After Compton Beach we drove onto Ventnor, a village going down to the beach. 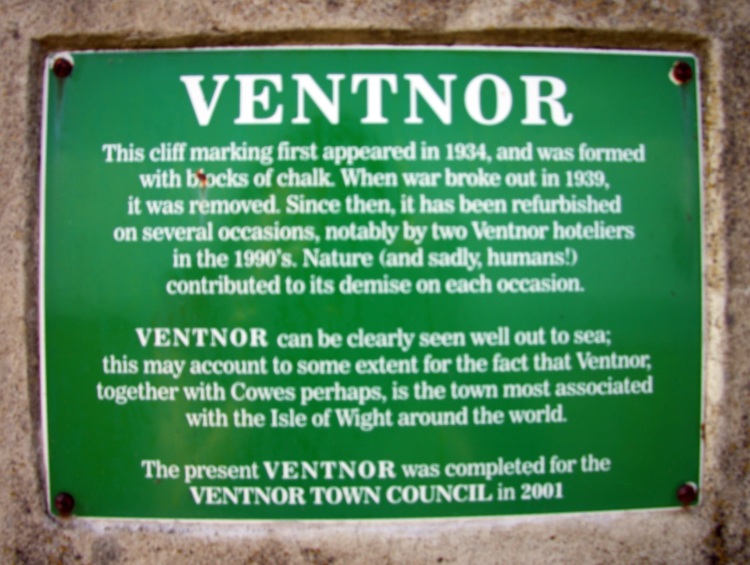 Ventnor is located on the south of the Isle of Wight.  The shops, beach, and rock area filled with sea life is located under a cliff area that is made beautiful with wild flowers and vegetation.  It is sheltered from the north by St Boniface Downs that is owned by the National Trust.  Further up the road from the beach is the Botanic Gardens that hosts plants coming from sub tropical origins, that suggests this island, or at least this part of the island is itself subtropical.  It certainly was warm enough when we were there.  The town crest of Ventor displays Hygeia, the goddess of health.  Ventnor, I was told, has very high property prices.  As we drive along, just before arriving to the beach there are driveways coming off the road and then disappearing into nowhere.  We did not investigate, but I was told that the houses are down the driveways surrounded by trees and vegetation that gave each house complete privacy and isolation.  The houses also had outstanding views over the sea.  No wonder then that these house prices were at a premium.

Ventnor also has a sizeable fishing market, a large shop where you can come and buy your fish, as fresh as you cold possilby find.  Our host for our trip bought some fish from the market and brought it back with him to the beach where we were picnicking.  I was curious why he bought the fish so early on in our visit, as we stayed another three or four hours it seemed before leaving.  Then I discovered his trick afterwards.  He had been given ice cubes with the fish.  He then buried the fish with the ice cubes, deep into the sand, to keep it cool.  I was very impressed.  What a very good idea.  Something else I learnt that day.

We took a picnic to enjoy on the beach.  You may remember the rice salad I spoke of earlier, and the sandwiches and drinks.  But if you forget to pack a picnic, then there are plenty of shops on the street directly above Ventnor beach.  Along with amusement arcades there are boutiques and cafes so you can indulge in icecream and fish and chips. 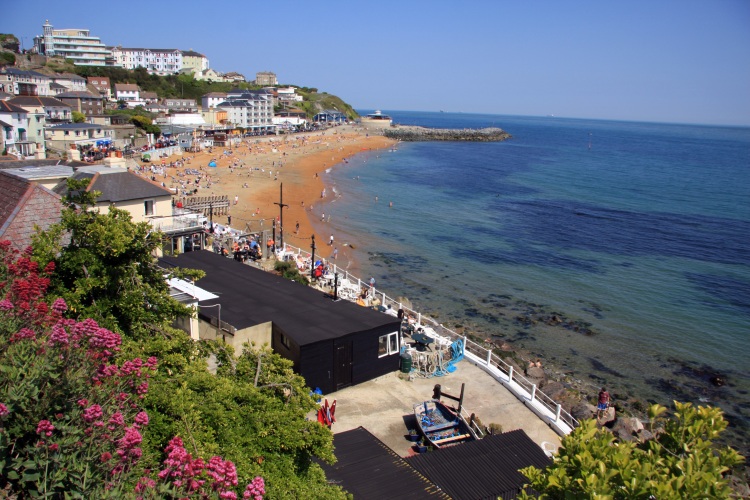 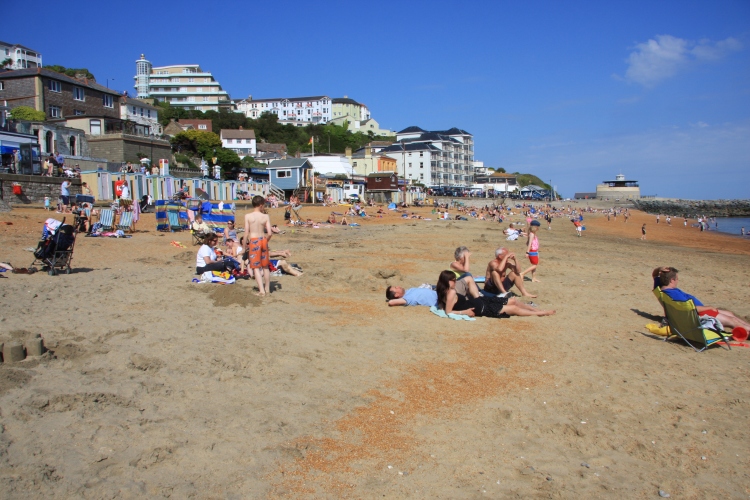 The services at this beach provide you with beach chairs and beach huts for rent.  You just roll up to one that is empty and make yourself at home, and then the people in charge will come over to collect payment. 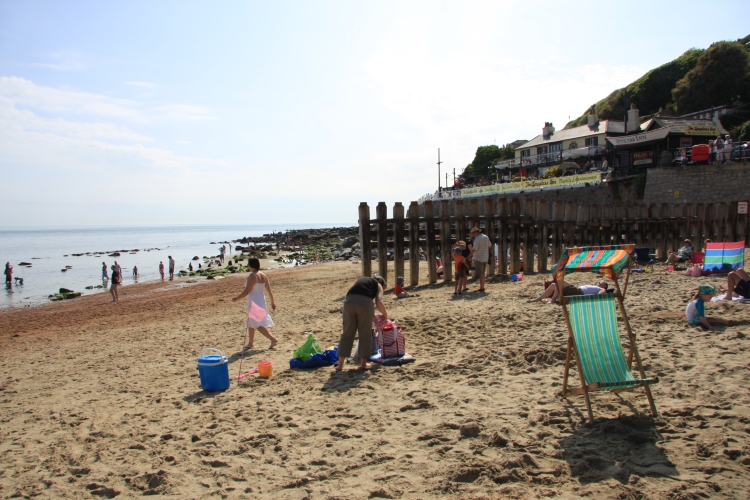 It looks like there is something in the water.  Is that a prawn? 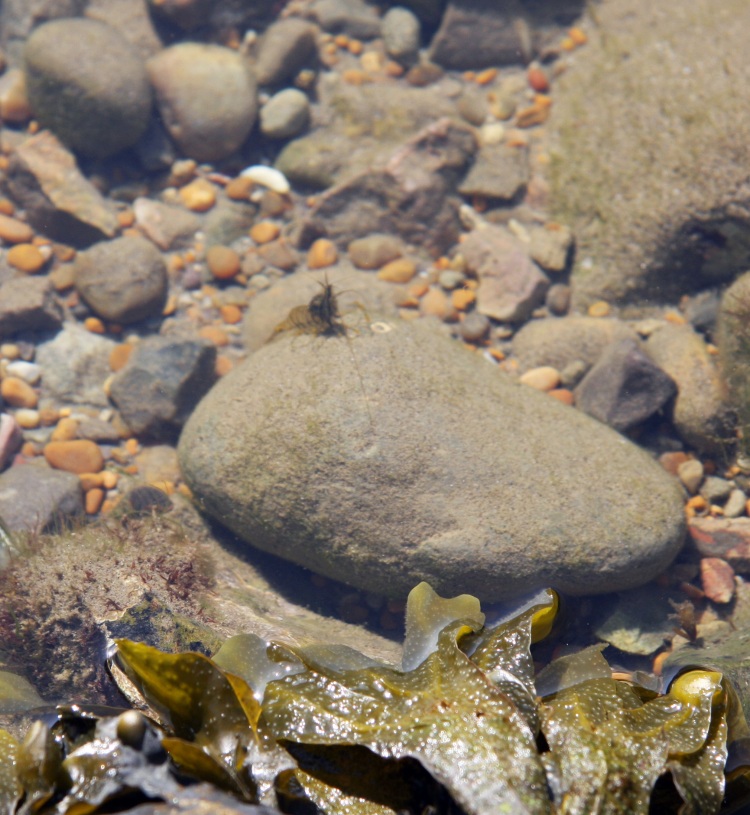 Further up to the east of Ventnor is a village called Bonchurch.  Bonchurch has connections with the literary world, with poets and writers having taken residence there, including Stackpole, Swinburn, and Dickens.  If you go instead to the west of Ventnor you will find a village called St Lawrence that has beautiful bays and coastal walks.  To learn more about these walks you can visit the tourism website.